A comic series created by David 2 focusing on select members of the "Guardians of the Dawn" supergroup in the Guardian Server.

This series is a follow-up from the events chronicled in "Guardians of the Dawn AFTERMATH". In the story, the Guardians of the Dawn have been forced to disband to allow Alex Wentworth win the special election and become District Attorney. After a publicity crusade by CyCorp and the former PNN personality Garry Becker accuse the Guardians of being responsible for the Galaxy City disaster, the remaining active Guardians try to carry on as a ghost group. 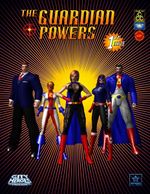 Summary: A former figure in Paragon City returns on a quest to make the last active members of the Guardians suffer for Galaxy City. Who is he and what really drives his burning rage? 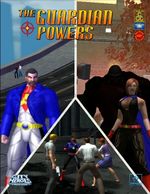 Summary: Following the announcement at the end of Issue #1, DA Alex Wentworth seeks to shut down Alice Banks' witch-hunt before it can start. Kent Poderes sets up the next phase of the unofficial group. Captain Paragonna has an encounter connected to her days as Lady Templar. And Tainted Eve's much-promised operative arrives in Paragon City, and that spells doom for Galatea Powers. 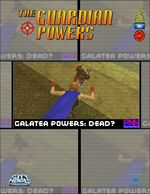 Summary: Following the shocking ending in Issue #2, Captain Paragonna and Lyon Powers try to find out the mystery behind "GodKiller". But where is Galatea Powers? Nobody knows. And what is the connection between "Mister Gold" and "GodKiller"? Questions will be answered in this issue! 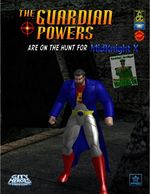 Summary: Icon Powers goes on the hunt for MidKnight X, who has been stalking the Rocinante Group! Will the "retired" hero talk his otherworld ally out of his quest for vengence? Plus, how far will Captain Paragonna go to get to the truth of "General Income"? 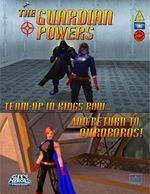 Summary: Captain Paragonna's investigation into "General Income" gets complicated when MidKnight X joins in to stop a bank robbery. Plus, Galatea Powers ends up back in Ouroboros to be given an ominous message. Find out who summoned her and why. 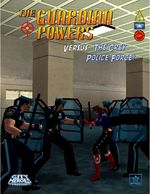 Summary: Siege in the Judicial Center! Pyrogurl is back in Paragon City, and Alice Banks wants her testimony bad enough to bring in the Crey Police Services. 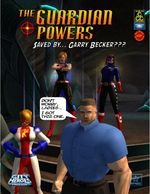 Summary: ExGemini is back, and he wants to know what happened to Midnight Arachnia! Plus, Pyrogurl testifies in the Citizen Grand Jury, and things don't look good for the Guardians. Can the day truly be saved by, of all people, Garry Becker? 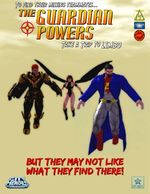 Summary: Tainted Eve and ExGemini join Icon Powers on a trip to Limbo, but what they find there surprises everyone! 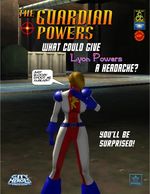 Summary: Lyon Powers comes full-circle when she teams up with a new hero. Plus, after months of work and frustration and investigation, Captain Paragonna finally faces off with General Income. But who is he REALLY? 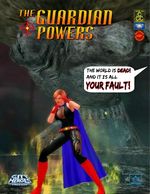 Summary: Galatea Powers is challenged by many of her old enemies, including Dr. Vahzilok, and one adversary that she would never expect. But who is behind it all? 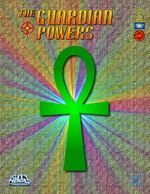 Summary: A legendary hero from Ancient Egypt returns in the form of his descendent. Who is he? And how will his return affect the Guardians? Plus, the assimilation of Shadowborn into the Bilderburg Alliance proceeds to the next phase, and the Rocinante Group is now under "new management". Who is he? And how does his arrival affect the "arrangement" made between Alex and Andrew Wentworth? 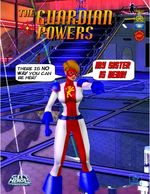 Summary: Captain Paragonna and Pharon must race to save the life of a witness that could cause trouble for the new Bilderburg Alliance authority. Will they be able to stop the psychotic threat that is BloodBlader? Plus we are finally introduced to Faith Powers. But is this the same Faith Powers that Lyon Powers remembers... or is this someone different? And how can she help the Guardians find their missing teammate? 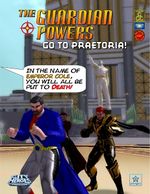 Summary: After weeks of stonewalling, Galatea Powers finally confronts Mr. Cyril over his accusations concerning Galaxy City. Plus: Furia Powers takes Icon Powers and ExGemini to Praetoria in search of Midnight Arachnia. But whose side is Furia really on? 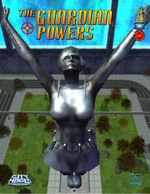 Summary: Icon Powers, ExGemini, and Furia Powers must come to the rescue of the captured "Lady Midnight", but can they do it, or is this just a trap? Plus, Galatea's investigation into the Devastation of Galaxy City takes her to a place she would never expect! 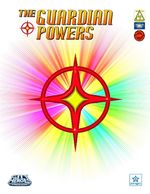 Summary: (Final Issue) Galatea Powers has learned the mystery of Galaxy City. Can she and Doc Tor work to save all those still missing and restore the good name of the Guardians of the Dawn? One way or another, their time as a "ghost group" ends here! 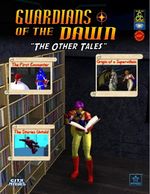 Summary: Following the events in "The Guardian Powers" #15, a new Guardian learns the history of the group, including the first meeting of the Guardians and their connection to a pivotal event the "Justice-Knights" series. Guest appearance by Dark Synaspe.

Note: The stories of the Guardians resume in the three-part miniseries "Guardians of the Dawn GRADUATION".