Mr. Cyril is the owner of the global corporation, Cyril Corporation also known as CyCorp.

"My business is villainy, and I tend to dominate the market." Mr. Cyril

Mr. Cyril was born into a wealthy family, where there were no financial troubles. His childhood was filled with vacations and trips to many locations, traveling across the United States, up to Canada, across to Europe, and a few times to the far East. Anything he ever asked for was given to him, he could have anything he wanted. Something within him though was never pleased, even though he could have whatever he desired. He needed to fill the void within himself, the only problem was that he had no idea how to do just that. Mr. Cyril kept his eyes open, expecting something to come his way that would solve his problem. It didn't, for a long time. All his life he had been given everything, it was time for him to start to grow up. 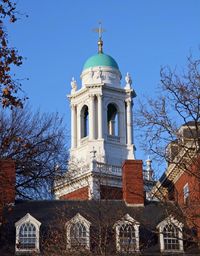 Like anything else in his life, Mr. Cyril was able to get into one of the most expensive schools with no trouble, after all, money can buy everything. Yet this wasn't true for Cyril. Instead of focusing on his studies, he pursued a interest in something he had discovered while in school, robotics. Regularly going to the library and seeking out books about the subject, and conversing with people who knew about it, he soon was inspired to create. Even though a dorm isn't the place you'd suspect a breakthrough in technology to come about in, it worked just as well as any lab. Finding tools and parts to make his first robot was easy, many friends and a rich family helps with that. There was only one thing missing. There needed to be a mind to put it together. This was no small creation with no purpose, it was meant to act like a human. Not in the ways of a casual civilian, but as a defender, a bodyguard. He sought out somebody who could accomplish this for him, he assembled all the dominos, there needed to be someone to push them. Then it dawned on him, there was a student pressing ahead of his class, making dreams of science reality. This student eventually became the hero, Biosphere. But for now, he was just a student in school. Mr. Cyril asked a simple request of Biosphere, help him create his robot. Being a nice guy, he of course offered help to satisfy Mr. Cyril's need

A circuit board, one of the many parts of Cyril's robot

. After only a few days of tinkering the robot was finished. He stood only a few feet tall, but it was aware of its function. Protection. It stood guard to defend Mr. Cyril wherever he walked, and remained by his door while he was in his room. This success peeked his interest in the subject even higher, but even this creation didn't fill that void within him. He wondered this for nights, thinking of how to capitalize on this creation of his. All at once it came to him, assemble these robots and market them. The next few years were spent modifying the original design, making the model bigger, putting on add-ons like motion sensors, and other upgrades. Money started to roll in, the stock market and business began to control the central part of Mr. Cyril's life, the formation of CyCorp was on its way.

Success after success, including the acquisition of Hassan Industries and other big companies, lead to the creation of his own company, CyCorp. Now under his name he owned a vast number of warehouses and labs, buildings and workers, and especially saw to the manufacture of his many creations, the robots, and also technology. High-tech items like gloves that controlled electrical energy, targeting goggles, stealth suits. He became a person who invented the items that companies, and even the military wanted. Money kept rolling in, and he was spending it freely, buying expensive hotels, taking a casual trip to a high grade golf course, and buying it. Showering the woman he traveled with in gifts of pearls and diamonds, and one soon became his wife. All was well it seemed. He was a married man, overflowing with money, and making more. Yet the void, the same thing that had been with him his whole life had not left. The void had only be masked, everything was just a filler, something to satisfy it for sometime, but never quite fulfilling it. The light was peaking over the horizon for him however, as a mysterious creature soon would land into his hands: Obedience. 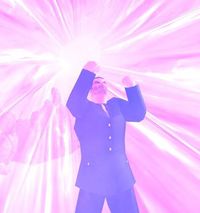 Though the details of the affair between CyCorp and the creature known as Obedience are sketchy, it is clear that the hero Biosphere was involved, and that this creature was held by the company for some time. Enough for Mr. Cyril to investigate it personally, and find inspiration in it. If nothing like money or a wife could satisfy the empty feeling inside of him, perhaps the abilities of the creature he analyzed could help. He subjected himself to experimental surgery. Took doses of drugs supplied by his company's chemistry and biology employees. After countless times, he finally reached his goal. He stood up from his chair one day and reached out to pick up his cup of coffee. Only instead of actually touching it, he used his mind to levitate it in the air. Finally he had what he desired, the power to use his mind to its full potential. He just had to think of something, and it was possible. Inducing nightmares, scrambling brains, nothing was impossible to him through the mind. However, the scandle of Obedience would lay heavy on him, and he would be put on trial, sent to jail, and be divorced. 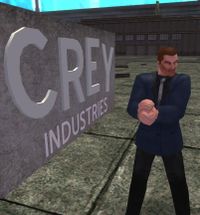 The aim of CyCorp is of course, to be the leading distributer of weapons, cybernetics, devices, etc. It also wishes to be at the head of biological breakthroughs. CyCorp faces trouble of realizing this dream, in its way stands Crey, and also those who find CyCorp shady, and something to be taken down. Groups like Longbow, who seem to find fault in almost everything, and push to eliminate those deemed threats to the peace. CyCorp's solution to these problems is to retain good press with the general public, and also to begin to buy out its competitor, namely Crey.

CyCorp manufactures many items, ranging from tools used by the military, to its own equipment. Light-weight battle armor, drones, shock gloves, bulky but effective armor suitable for SWAT units, and for use against super powered threats. CyCorp's own robots, the CyTrons, are much more efficient than their previous models, outfitted with many ways to deal with any intruder that comes their way. It has even been shown that these robots, known as Cycotrons, may possess psionic abilities as well.

CyCorp has done a lot of business is areas most do not realize.

CyCorp has been around for many years now and as such, they are known for many slogans. The following are just a few that CyCorp Advertisements Inc or CyAds as produced for CyCorp.

There is a running joke from many heroes that claim CyCorp is behind many criminal acts. These jokes have recently started to be shared with supers across the Arachnos Nation. It is a slogan spun from one of CyCorp's early ads; "Villainy is our business, and we'll dominate the market."

It was a rash attempt, using the information his company gathered from the creature Obedience, Cyril injected himself with an experimental serum. The result gave him mental abilities. These abilities worked differently than the Obedience's. Cyril gained limited mental control and persuasion, but developed telekinetic abilities that were unseen in Obedience.

Mr. Cyril can invade, destroy, and manipulate the minds of those around him. Over time he has developed very cunning and sly ways to use his abilities of mind control. Some of them only affect a single person, but some of them can affect an entire group of people. Controlling minds is the primary focus of Mr. Cyril's powers.