"ChaseArcanum Specials" are a series of one-shot specials created by ChaseArcanum. Some of these specials became part of the City of Heroes comic canon. 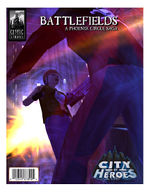 Introduction to the Phoenix Circle and Chase. (Read)

This special was Chase's entry to a special Comic Book Contest. (Read) 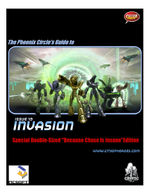 Special guide to the Rikti Invasion of 2007. (Read)

The Wedding of Manticore and Sister Psyche

Following from Issue #20 of the Top Cow incarnation of "City of Heroes", Chase bears witness to the wedding of the century. (Read)

Special guide to Issue 12 which features the Villain Epic Archetypes and the Midnight Squad. (Read)