Issue 01: New Kid On The Block 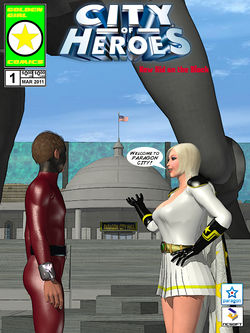 Newcomer adventurer Flash-Man gets an introduction to life as a registered hero in Paragon City with the help of veteran hero Golden Girl. Special guest appearance by Ms. Liberty. 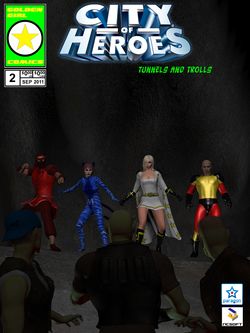 Golden Girl teams up with several heroes, including Mynx, to mount a rescue in the Hollows. Special guest appearances by Swan and Ms. Liberty of the Vindicators. 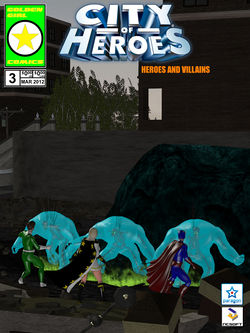 Golden Girl takes a few new heroes over to Bloody Bay for some research on the Shivans, but they're not the only ones there with that objective.