"Death Head Hero" is a comic series featuring a former gang member fighting to redeem himself in Paragon City. 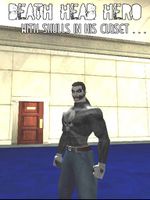 An former member of the Skulls seeks to redeem himself as Death Head! (Read) 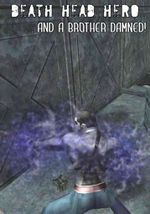 The former Skull gangbanger turned hero discovers that his brother is now a member of the Hellions! (Read)