The Honorable Biosphere is a written comic that follows the hero Biosphere.

Each story arc of the Honorable Biosphere written comic are placed into different books and chapters. 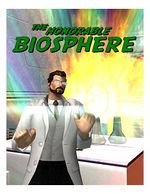 The first issue of the Honorable Biosphere written "comic", Accidental Genesis, brings you the scientist and college professor Aaron Nellis as he enters Paragon City for the first time and takes his new job at Sai Labs. 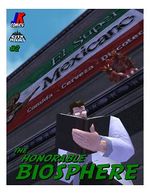 The second issue follows Scientist Aaron Nellis rejoining the teaching system as he discovers the new abilities he holds, but all is not good. Something wrong is happening at the newly rebuild Sai Labs and it's up to Nellis to stop it.

The written comic is set to be three chapters, or issues long. There are plans in the works for authors Aaron Nellis and Joseph Cohen to work together on story plans for further comic that Joseph Cohen (aka Sin Stalker) will make. These comics are planned to link up with the Justice-Knights comic series.