Tales from Paragon City is an infrequent comic book series created by David 2 designed to highlight the life and times of various characters in Paragon City, the Rogues Isles, and beyond. 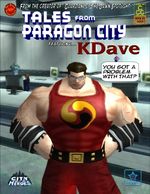 Summary: A thirty-something nerd finally gets to live out his dream of being a superhero. 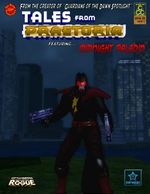 Summary: Visit the world of Praetoria as a new hero appears, bringing with him something that has not been seen in years. 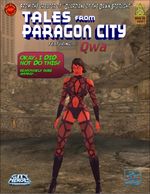 Summary: A strange visitor arrives on the same day as Galaxy City is destroyed. 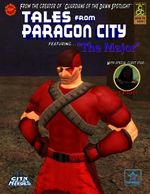 Summary: In 2005, what was once a private war became public as Wyvern enacts a private blockade around the Isles in response to Arachnos trying to take over Paragon City earlier that year. What happens next has implications not only for Wyvern but also to a certain family whose name would become synonymous with disaster.

The first half of "The Major" story also appears in "City of Comic Creators Compendium" #6. That story also includes a backstory involving a certain YouTube "star" and the promise of his own series that would never appear due to the shutdown of the MMO.