Difference between revisions of "Harmon Tech"

Harmon Tech is a subsidiary company of Harmon Industries in the world of Champions Online MMO.

Harmon Tech is the company behind many of the commercial and residential technology in Millennium City that is based on the technological advances made through its parent company.

While Harmon Industries has been exploring both alien and extradimensional technologies and providing groundbreaking devices for hero groups like The Champions and organizations like UNTIL and PRIMUS, CEO James Harmon IV has long seen the need to extend such benefits whenever possible to the general public. Harmon Tech, then, looks at those great advances and asks if and how they can benefit the public commercially.

Perhaps the best example of this is the development of the HT cellphones, which uses the same communications technology employed by registered heroes and hero organizations. HT cellphones have greater clarity, almost no signal loss, are lighter, more durable, and can hold a battery charge far longer than the competition. In addition, HT cellphones have no data limitations. The very first HT cellphone in use can use the same operating software as the most recent model. 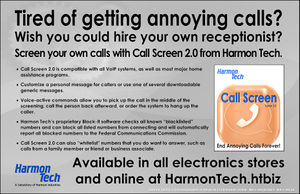