Invasion of the Kittahs (KK) 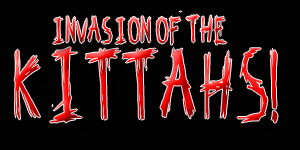 "Invasion of the Kittahs" is a seven-part Cross-Title Storyline in the KK-Comics titles, that happens throughout the titles from March 2009 to May 2009.

It featured the showing up of Kinetic Kitten's cousins and relatives, all Kitten themed characters, throughout the KK Comics Universe. We also saw the first appearance of a new Kinetic Kitten villain, Evil Kinetic Kitten, and found out about Mistress Arachnae's Kitten Klones.

At the time, it was widely popular with the readers of KK-Comics, and sparked the creation of the Perils of the Tail AE Story Arc. Which to this day, is still playable in the game. 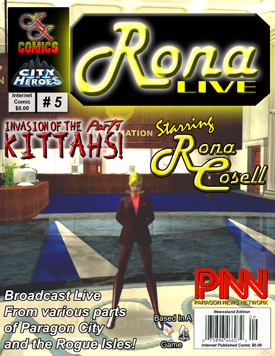 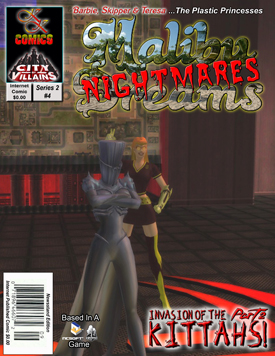 Part 3: Master-Minding My Own Business Series 1, #9 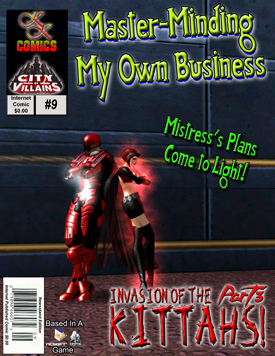 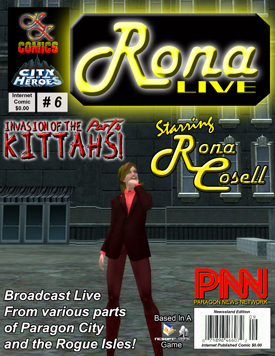 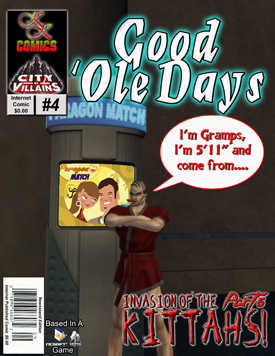 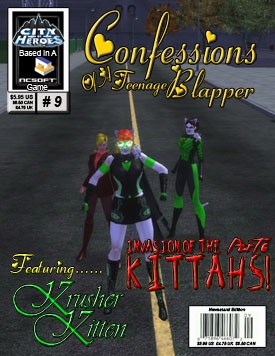 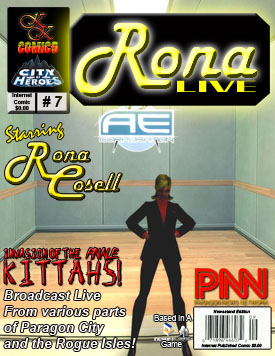 This was the second Cross-Title Storyline featured at KK Comics. It was created in response to the Perils of the Tail AE Storyarc created by TechSpider/Kinetic Kitten. Utilizing the Kittah, or Kitten, creations. This storyline was also used as an advertisement for the AE Storyarc.

Invasion of the Kittahs Storyline Arc at KK Comics