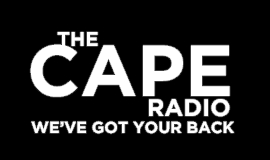 The Cape Radio is an online radio station dedicated to superhero-themed music and events.

With the corporate-imposed shutdown of City of Heroes, the management at Cape Radio decided to move their focus from one MMO to two.

They currently split their focus on Champions Online and The Secret World, mostly at the preference of the radio personalities of the time.

The City of Comic Creators have had a tradition of cross-promotion with The Cape Radio, and one of their previous DJ's even created "The Wisecracker" series.

The original tagline for The Cape Radio was "You're not super until you put on THE CAPE", but not long after the shutdown of City of Heroes, they changed it to "We've Got Your Back".