Difference between revisions of "Mang"

The alien species known as the Mang are a race of furred mammals bearing a strong resemblance large Earth felines. Their home world was destroyed several thousand years ago, leaving only a single out post in a nearby system, however that was soon abandoned in fear of what destroyed their home world might come for them. The Mang became a species of ruthless space nomads, more often often thought of as pirates or gangsters by other species that are aware of their existence. The Mang are lead by an alpha male known only as Father. 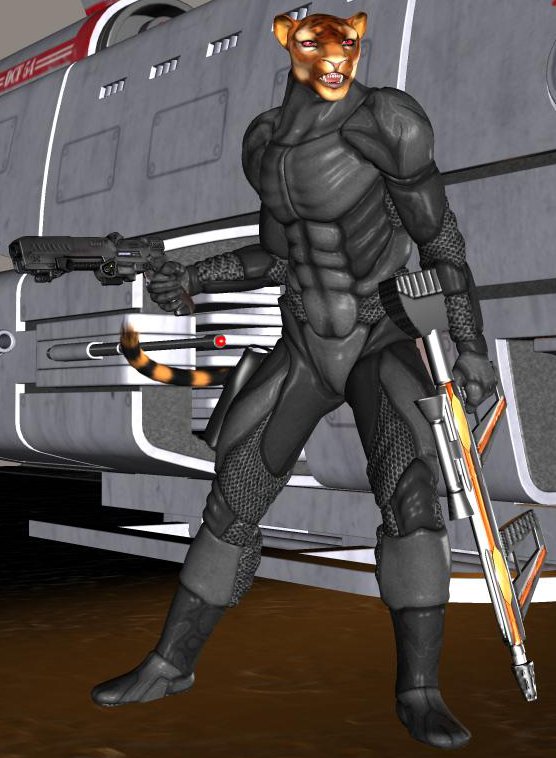