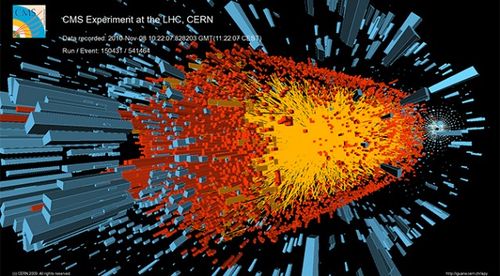 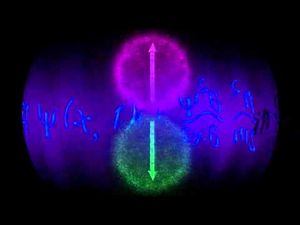 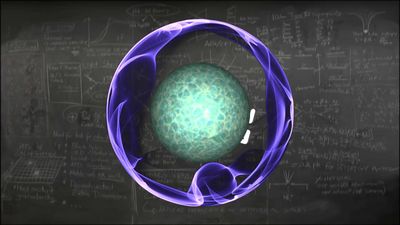 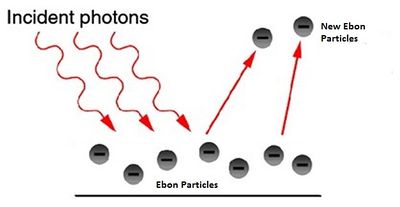 Ebon particles have a 1/2 integer spin, making them a fermion particle. The particle appears to always contain a negative charge or positive (anti) charge and has the unique property of absorbing photons, but never releasing any. With the additional energy absorbed, ebons will eventually duplicate, increasing their total quantity. A single ebon particle can grow in size, until it absorbs enough energy to duplicate itself and split in two. When losing energy, the ebon particle would slow down and shrink, until decaying, giving off the last of its energy in kinetic interaction with normal matter. It is also possible that ebon particles decay into a hypothesized ebon neutrino.

Both the ebon and electron have a similar photoelectric effect, by being able to absorb photons. The ebon's differs from electrons by not giving off photons when releasing energy. Similarly the negative charge of ebon particles allows them to interact with solid matter, as if they were normal matter themselves. It has been postulated that ebon particles, if bound by a positive particles with large enough mass, such as quarks as protons, could result in a form of "ebon matter". 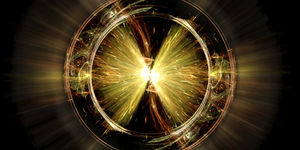 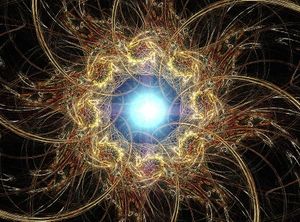 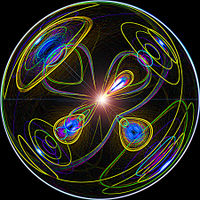 There is some speculation that certain organizations, such as CyCorp, have discovered and learned to harness Psy Particles. If this is true, some have put forth naming the particle Cy Particles. However no one but the ego of Mr. Cyril would take that proposal seriously.