Difference between revisions of "Battle of Detroit" 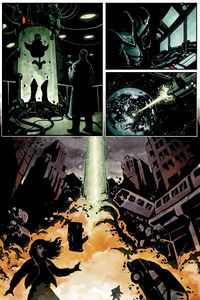 The ruins of Destroyer's facility was salvaged and turned into the Battle of Detroit Museum, located in the rebuilt Downtown area not far from the new U.N.T.I.L. Headquarters.